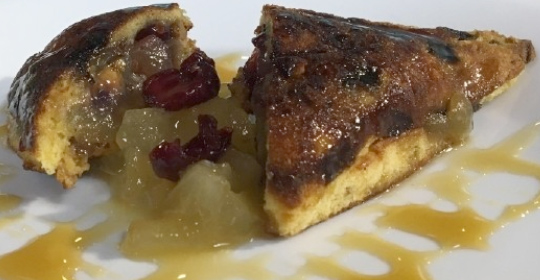 Mix apple filling, cherries, and pecans in medium bowl by hand until blended. Gently roll out the slices of bread with a rolling pin until thin.

Spoon 2- 3 tablespoons of apple, cherry, pecan mixture into the middle of each square of rolled out bread. Fold the bread to make a stuffed triangle.

After assembled brush each with melted butter and sprinkle with cinnamon sugar.

Place in sandwich press and griddle for four minutes until crispy. Allow to cool for a moment then drizzle with maple syrup and a pinch of salt.