Natasha Hanna opened her own law firm, the Law Office of Natasha M. Hanna, P.C., in May 2010 in Myrtle Beach, South Carolina. The focus of her practice is on civil litigation and criminal defense. Her cases have been featured on national television and she has been involved in numerous high-profile cases.

Prior to opening her own firm, she practiced law at the firm of Hearn, Brittain & Martin P.A., for eight years until its dissolution in 2010. She was admitted to the South Carolina Bar in 2002! 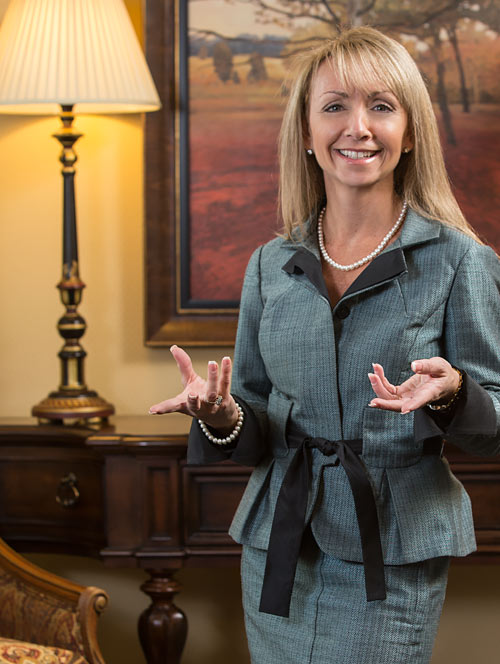 Earning her paralegal degree, she worked in a law firm for five years and also served as an instructor at Horry-Georgetown Technical College. Actively involved in professional and community service, Hanna has been an Officer and President of the Horry County (South Carolina) Bar Association and has served on various boards and committees within the Grand Strand area and for the South Carolina Bar. In 2008, she was elected by the South Carolina Legislature to serve on the Board of Trustees for Coastal Carolina University. In 2011, Hanna was appointed by South Carolina Governor Haley to serve as the four-year college and university sector representative on the South Carolina Commission on Higher Education, for which she was appointed to its Academic Affairs and Licensing Committee and the Finance and Facilities Committee.

Hanna grew up in the New River Valley nestled in the mountains of Radford, Virginia. She came to South Carolina to attend Coastal Carolina University; she graduated in 1994 with a bachelor of arts in political science. Having discovered a true love for the practice of law, she then continued her education at the University of South Carolina’s School of Law where she earned her J.D. in 2002. She lives in Conway with her husband and their two sons.

Learn more about the Paralegal Program at HGTC

The HGTC Paralegal program is approved by the American Bar Association. Paralegals work under the supervision of a licensed attorney and are not authorized to practice law in South Carolina.

Join us for the opening night of The Addiction and Recovery Series!

The Addiction and Recovery Series continues with Dr. McCauley.