History of The College

The Myrtle Beach area of the 1950s and ’60s was driven by agriculture and a sleepy, small-town economy, with only one narrow two-lane road through pine forests bringing visitors into town.

Inland cities of Conway and Marion were considered more important, more stable, than the low-lying coastal areas across the Intracoastal Waterway.

When state leaders revamped the higher education system and started creating technical schools to train workers and help boost the state’s competitive edge in recruiting new businesses and creating jobs, Horry and Georgetown counties weren’t tops on the list. The two counties did not meet any of the three criteria to qualify.

By 1965, the state’s population centers in the Upstate, Midlands, Pee Dee and Lowcountry (Charleston) had such centers up and running, turning out graduates with skills that prepared them for jobs in industrial and manufacturing sectors from the mountains to the sea.

But those tech centers were built to serve densely populated regions with hundreds of thousands of residents and economies of scale that come with the density. The state’s northern coast didn’t fit that mold.

Horry County lagged the nation and the state in the 1960s in education, health and income. The average adult resident had only completed 8th grade, and about one out of five hadn't even gone to school for four years. The poverty level and infant mortality both were higher here than in other parts of the state.

Industry had little incentive to locate plants in Horry and Georgetown counties and looked to regions with an existing trained workforce. With a small population, the counties had no institutions to train their people for well-paying jobs that industry might bring. 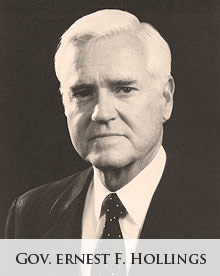 The region was in desperate need of an institution that could give its population a hand up from their economic and intellectual poverty.

But a cadre of local business and political leaders were determined that the coastal counties would not be bypassed by the state’s vision for a robust economy across the state. Leaders like Philip Gray and Malcolm Fowler spearheaded a local committee that refused to give up on the vision for an equally robust coastal economy built on a base that played to the region’s strengths and natural assets.

Gray, a welder from Myrtle Beach, understood the value of helping lift up the generation of young people growing up around him.

“He always had an overpowering interest in helping young people have more opportunities than he had,” said Dan Gray about his father. “That was his vision; that was his passion.”

Leaders created a coalition from Horry, Georgetown and Marion counties and made a pitch for a technical school in the state’s northeast corner. It was a hard sell. After three attempts they eventually resonated with state leaders anxious to recruit new industry.

The group won state approval to create a coastal technical education center that would be different in important ways from its sister institutions across South Carolina. Philip Gray was named chairman of the board and led the school in its formative years. Established as Horry-Marion-Georgetown Technical Education Center, it opened June 8, 1966 with 130 full-time students and 400 part-time students.

To spearhead the institution and add meat to the bones of their vision, the group hired 32-year-old Marion County native George William “Bill” Dudley Jr., who was at the time associate director of Florence Darlington Technical Center. A veteran and former officer in the U.S. Army’s 82nd Airborne Division, Dudley had graduated from Presbyterian 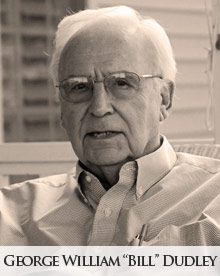 College in Clinton. He later attended graduate school at the University of South Carolina.

“We realized our bread and butter was going to be tourism, golf, health and forestry,” Dudley said. “The programs should reflect the needs of the community.

In 1966, many who worked in the region’s small tourism sector were untrained temporary workers, often college students in summer jobs. Growing a tourism-based economy would require a dependable pipeline of qualified hospitality workers and managers. And with 12 million acres of commercial forest land statewide, much of it concentrated in the coastal counties, it seemed only natural that the new school should train people to work in the forest products industry.

“This was completely foreign to the state tech board, which focused on manufacturing,” Dudley said.

The school had modest beginnings. Local authorities acquired 12 acres along U.S. 501 outside Conway and built one all-purpose building for the technical education center. Local authorities provided the building and grounds and paid for half the maintenance. The state paid the other half of the maintenance and provided for staff, faculty and equipment.

“The state tech system didn’t have much money,” Dudley said. “Recruiting good faculty was a challenge.”

The first year of operations, the technical education center offered trade programs such as HVAC maintenance, welding and secretarial sciences. It would take a little time to develop the unique programs that would set the institution apart from its sister colleges. 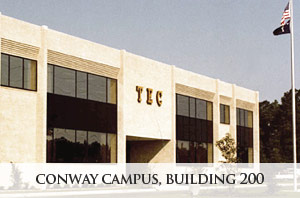 The second year saw a second building program with expansion of the library and space for the hospitality program.

“After two or three years, our programs were acceptable,” Dudley said. “ We weren ’t out of the woods but I began to believe we could survive.”

Even with state support and unique programs, the first few years of the program were touch-and-go. Coastal Carolina College, then part of the University of South Carolina system, was building its campus across the street from the small, 12-acre tech center.

“We struggled with enrollment,” Dudley said. “Many parents wanted their children to pursue a four-year degree.”

Some people began to suggest that the technical education center should merge with Coastal.

“Many people didn’t understand that the two institutions had different missions,” Dudley said. “But we did continue to compete for students in the early years.”

A substantial portion of Dudley’s time was spent promoting the 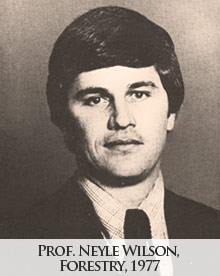 new school and educating the families in the region about its potential to create new opportunities and attract new higher paying jobs.

“I visited every Rotary Club in three counties to get the word out,” he said. “We had to find our niche, to let people know we were there.”

“When I started here, we were probably more like grades 13-14 of high school,” said Neyle Wilson, now the college’s president. “We have evolved into a very complex, sophisticated, high-quality institution that this state needs to be very proud of, not just this institution, but the entire system, which ha s been emulated to some degree in all 50 states.”

The forestry and hospitality programs that emerged in the 1960s would be unique among the tech centers across the state. They also contributed to the influx of students into the programs from other regions of South Carolina and from outside of the state.

When the school was about three years old, Dudley hired Neyle Wilson, a newly minted educator out of Clemson University, to teach in the forestry program.

And Dudley began to observe in individual people’s lives the difference that the new school could make:

In the years to come, the local newspapers would begin to pick up on those changing lives, publishing 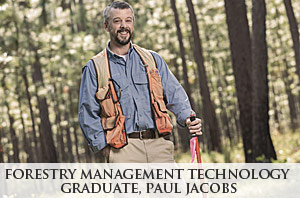 stories about the increased prosperity and upward mobility.

“We had steady growth,” Dudley said. “Those early graduates who we sent out into jobs in the community helped sell the program. We gradually established our niche.”

As the young institution evolved, Marion County dropped out of the collaboration. Resources were focused on needs in the two coastal counties, and soon talk began about building a second campus in Georgetown.

“Initially, we didn’t have the money to build two campuses. Money was tight,” he said. With just 30,000 residents, a second facility in Georgetown was difficult to justify.

While the Georgetown campus focused on training workers with the specific skills for the steel fabrication and paper plants, the Conway campus looked forward to the kinds of jobs needed to support not only the growing tourism industry but the workplace overall. 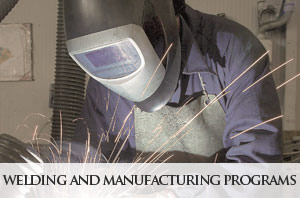 secretarial program was equipped with the latest innovation, the IBM Selectric typewriter. Data processing, increasingly a necessity in every industry, was added to the curriculum in the 1970s as well, starting with the ubiquitous punch cards of the era.

“Myrtle Beach was starting to come alive as a tourist destination , as the nation became more affluent and able to spend more money on leisure,” Dudley said. “The golf industry also began to blossom. And we could place our golf management graduates throughout the state and region.”

That incredible growth has forced the school’s leadership to constantly re-evaluate the skill sets of the workplace, responding to the needs of an ever-changing tourism economy and exploding population center.

“Today, forestry, hospitality and golf management have really made a name for themselves,” Dudley said.

The school has come full circle since the 1960s, now resuming teaching some of the mainstay

manufacturing skills that started with the school and were dropped along the way.

“We evolved from just a support system for th e tourism,” Wilson said. “Now we are back to teaching advanced welding, HVAC technology and CNC machine tool. It’s a reflection of what’s going on here.”

It’s a strategy that will help the college flourish into its next 50 years and beyond, ever re-evaluating its purpose and the needs of the workplace.

“It is hard for me to comprehend the changes in curriculum and the types of jobs available today,” Dudley said. “I can’t even envision what technical colleges will be like in another 50 years. People will be doing jobs that haven’t been created yet.

“We must constantly be adaptable and flexible, receptive to change. The only real certainty is change.”

Today, Horry-Georgetown Technical College is the fourth-largest of the 16 South Carolina technical colleges and one of the fastest-growing higher education institutions in the state for the last 10 years. Since the first graduating class a half-century ago, the college has graduated more than 17,000 students, 90 percent of whom remain in Horry and Georgetown counties.

Join us for the opening night of The Addiction and Recovery Series!

The Addiction and Recovery Series continues with Dr. McCauley.