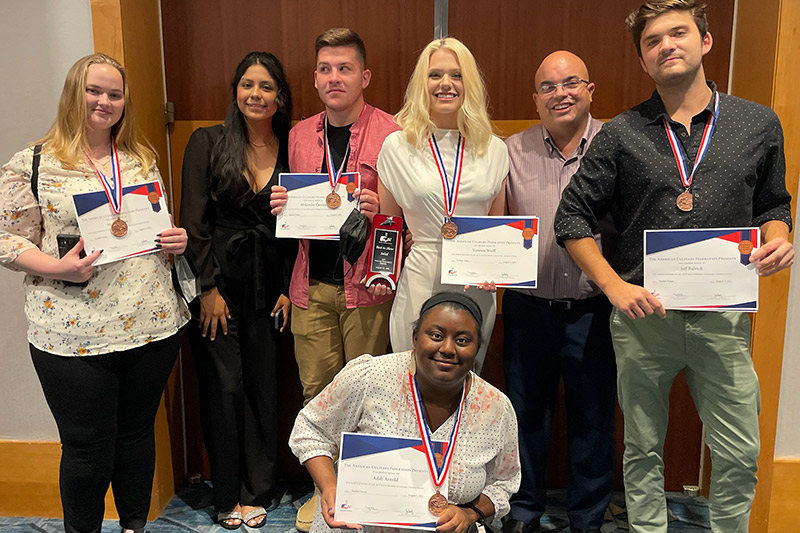 Students were awarded the overall bronze medal and won best salad course. Their modernist interpretation of southern cuisine intertwined with the farm to table philosophy of the International Culinary Institute won the respect of the judges and the competitors as well.

“We are extremely proud of the outstanding performance by our culinary students. This stellar representation put the International Culinary Institute program on a national level and gained the distinction that it deserves as one of the nation's best culinary programs,” said Dr. Marilyn Murphy Fore, HGTC President.

“All of the professors and staff of the ICI are extremely proud of their efforts and achievements,” said Chef Instructor/Team Coach Humberto Guardiola.