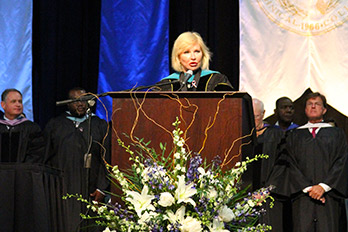 More than 1,300 students received degrees, diplomas, or certificates from Horry-Georgetown Technical College this year, and over 650 of them marched at the college’s commencement ceremony Tuesday, May 14, 2019, at the Myrtle Beach Convention Center.

HGTC’s president Dr. Marilyn Murphy Fore presided over the ceremony and celebrated the students’ success and the hard work and dedication it took for them to get to this day.

President Fore presented a posthumous Certificate Degree in Applied Science in Emergency Medical Technician – Paramedic to Daniel Mark Roy, who died in March. His friend and classmate, Bill Rosas, and his professor, Scott Cyganiewicz, accepted the degree on his behalf. Daniel’s parents, Mark and Sue, were in attendance, along with his girlfriend, Ashley Gerhardt, and his nurse, Sarah Craig. View the story about this presentation from The Sun News here.

More than 60 members of Horry County Fire Rescue and Midway Fire Rescue were also in the audience to support their graduates.

Graduates’ ages ranged from 17 to 69, and students came from states as far away as Nevada and Massachusetts and from countries as far as Korea and Egypt.

Georgetown County Schools Deputy Superintendent Dr. Celestine A. Pringle and H. Neyle Wilson, president and CEO of the HGTC Foundation and former HGTC president, were named Patron Emeritus for their contributions to education and economic growth in Horry and Georgetown Counties.

This was HGTC’s fifty-third commencement 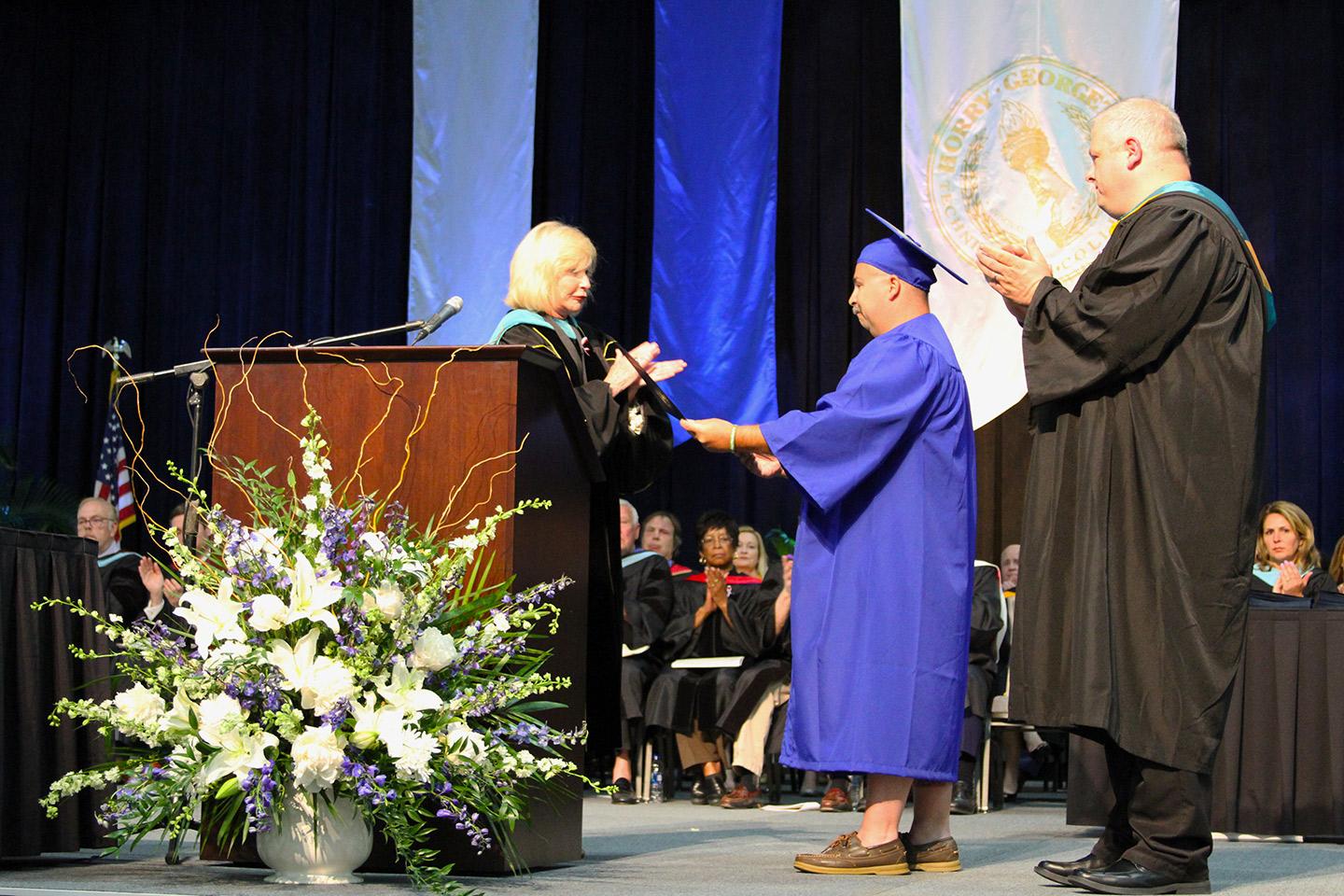 EMT student Bill Roses and Professor Scott Cyganiewicz accept a posthumous degree for friend and classmate Daniel Roy, who passed away in March. 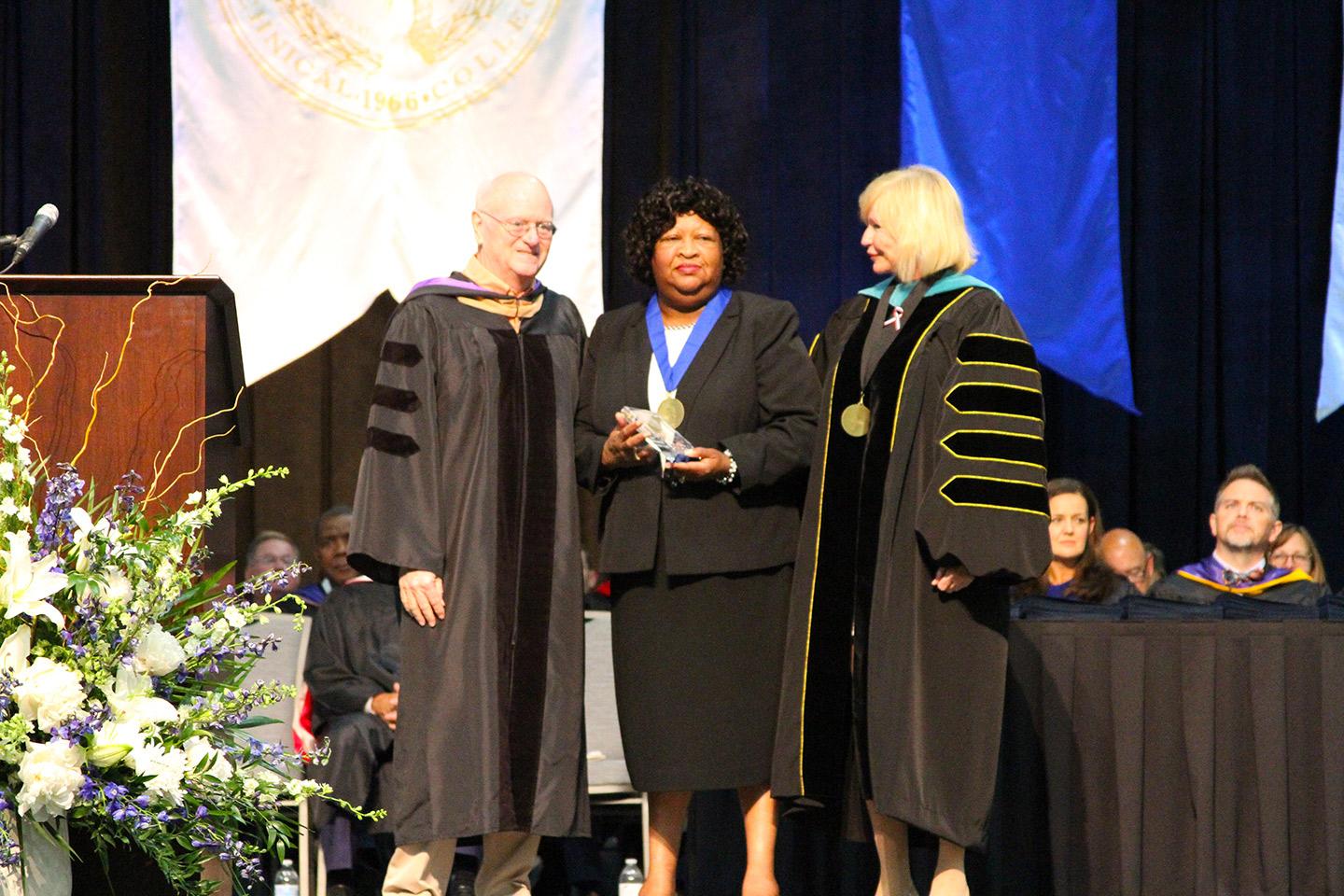 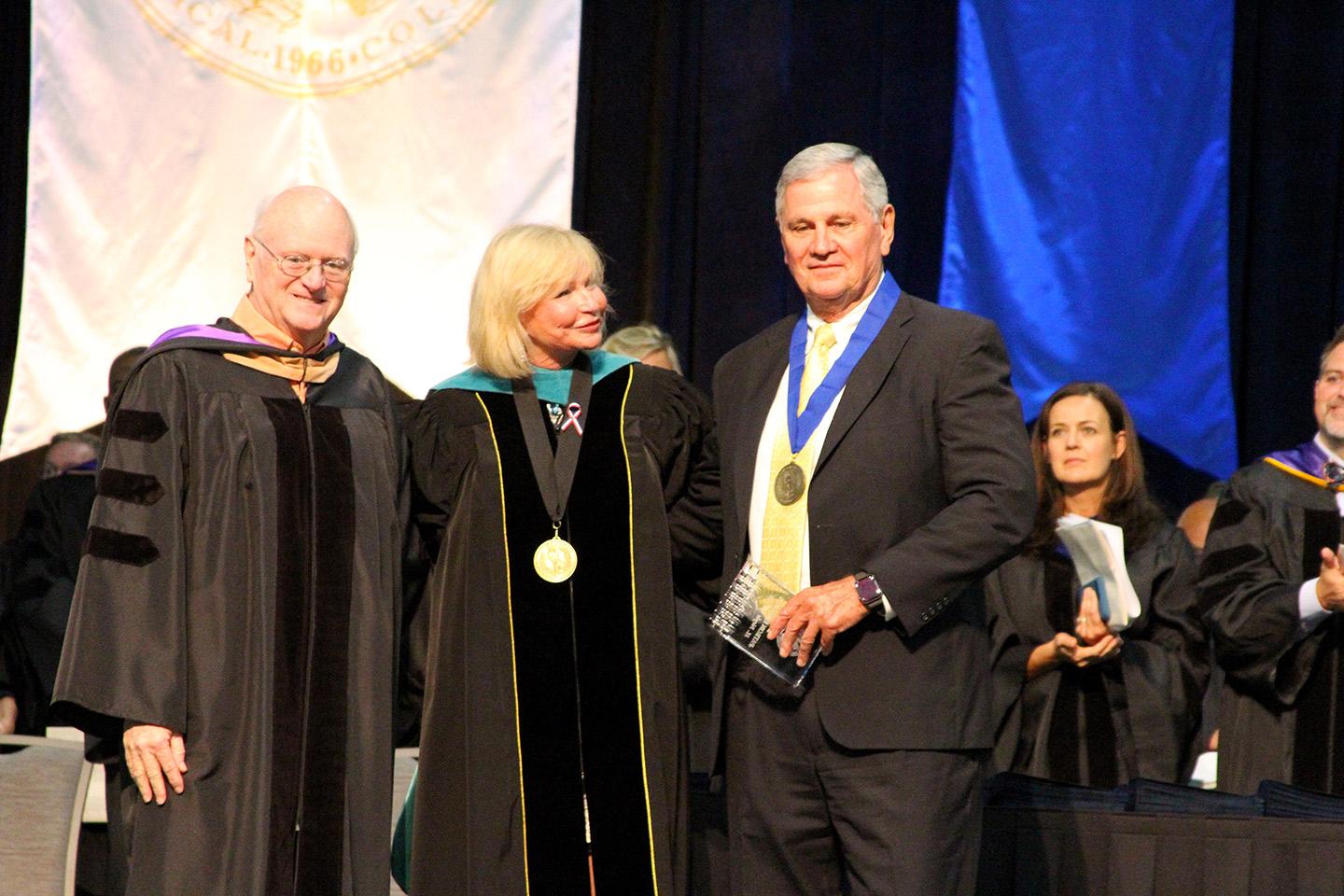 H. Neyle Wilson, president and CEO of the HGTC Foundation and former HGTC president, was named Patron Emeritus for his dedication to HGTC and his impact on the growth of the entire workforce of Horry and Georgetown Counties. 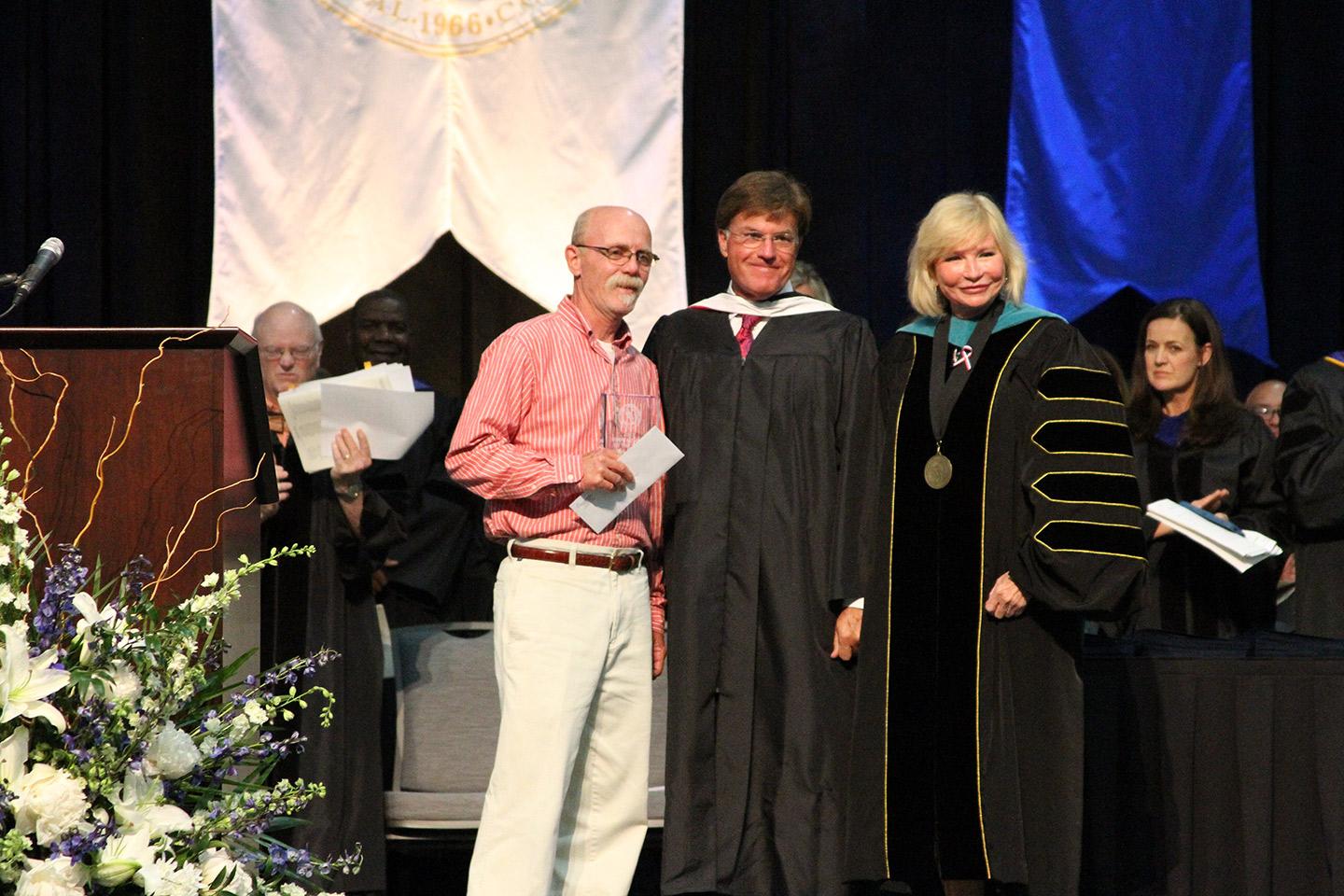 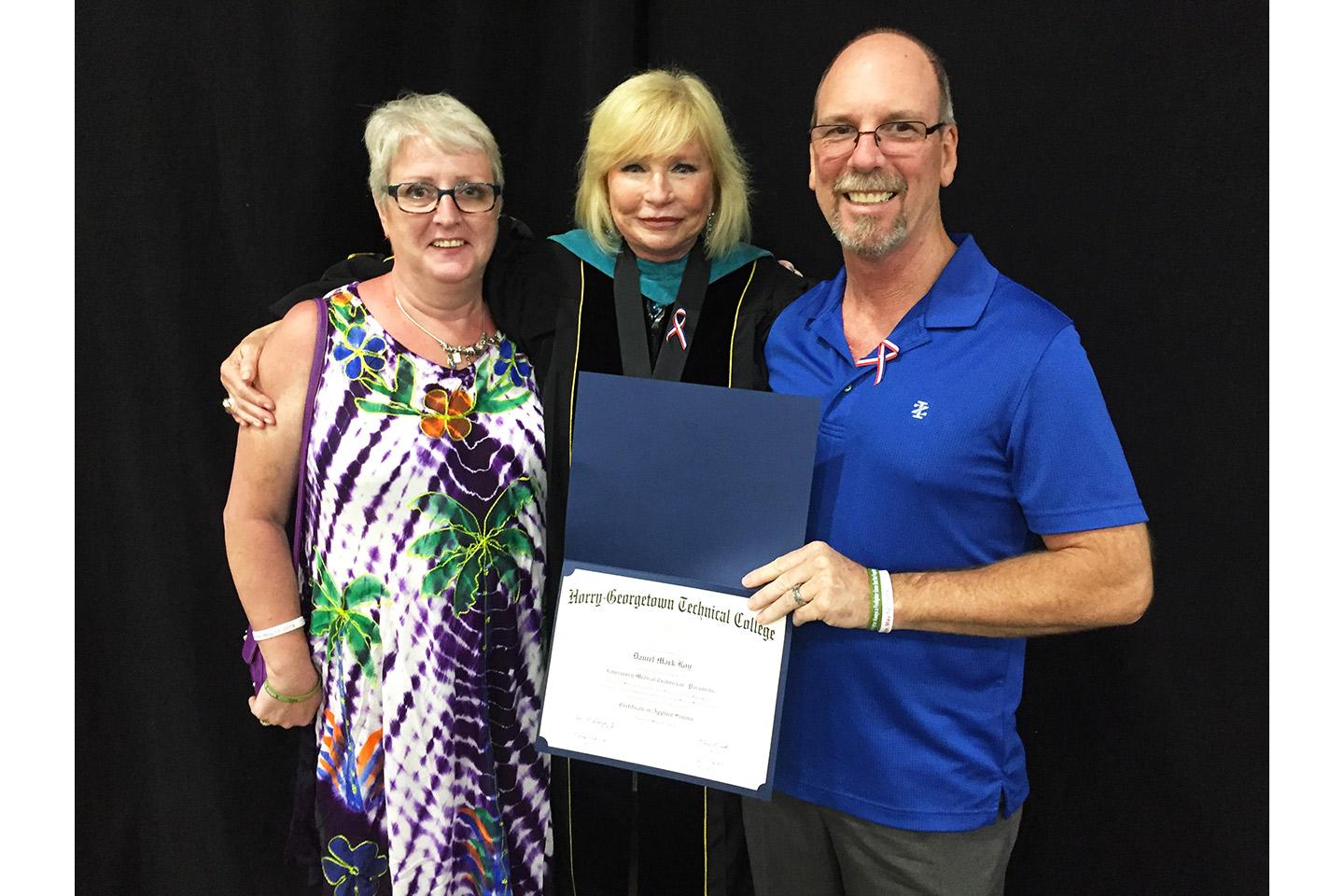 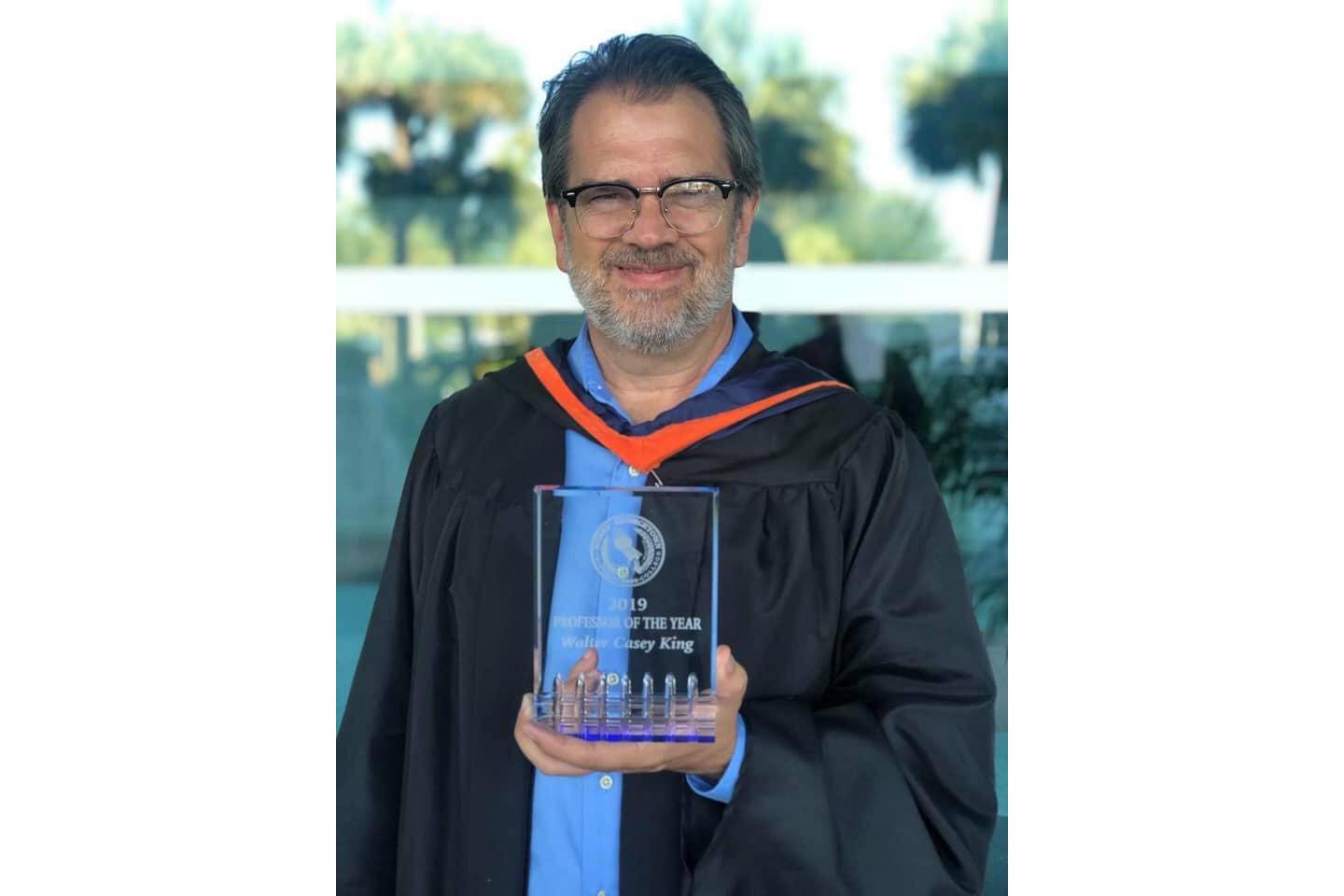 Physics professor and organizer of the HGTC Addiction and Recovery Series Casey King received the coveted Professor of the Year Award.