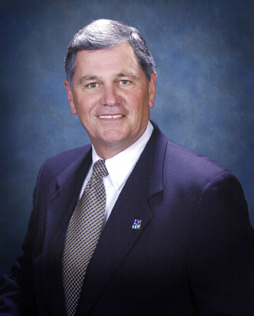 Conway (Mon., June 20)—After 46 years with Horry-Georgetown Technical College—14 as Chief Executive Officer—President Neyle Wilson has announced his intent to retire on April 1, 2017.

HGTC Area Commission Chairman Tommy Branyon said the official process calls for the State Board for Technical and Comprehensive Education to appoint a committee and launch a national search for Wilson’s replacement. That committee will be comprised of the State Tech Board chairman, a current technical college president and Branyon as chair of the local Area Commission.

“President Wilson’s service has made the college financially sound, academically vibrant and responsive to job creation throughout the region,” Branyon said. “During Wilson’s 14 years as President, he provided leadership that propelled the college to new heights.  Under his watch, the college added nine new buildings, more than 40 programs of study and increased enrollment by 2,700 students. The Area Commission values his judgment, respects his intellect and will sorely miss the context that his extensive experience provides as we continue to create opportunities for local citizens.”

Branyon commended Wilson’s “fine character and personal warmth, passion for the institution’s purpose and empathy for students,” adding, “I am thankful for his friendship.”

Wilson was appointed president of Horry-Georgetown Technical College in 2002. During his tenure at HGTC, he also served as dean of continuing education, senior vice president for finance and vice president for academic affairs, as well as serving on the faculty of the college.

He received the 2011 Vocational Award from the Rotary Club of Little River for more than four decades of dedicated service to vocational education at HGTC. He was named the South Carolina Technical College System Educator of the Year in 2005.

Wilson serves on the boards of the Myrtle Beach Regional Economic Development Corporation, the Waccamaw Investment Board and the Public Schools Executive Leadership Committee. He was involved previously in numerous local civic organizations, including the Grand Strand YMCA board, Grand Strand Sertoma Club and Myrtle Beach Rotary Club.

Born and reared in Sumter, Wilson earned a Bachelor of Science in Forestry from Clemson University in 1970. He completed graduate study in educational leadership and instruction at the University of South Carolina.

Wilson assumed the HGTC presidency in a period of explosive growth, both in the beach resort community’s economy and population, but also in the enrollment at the college. As the institution approached its 40th Anniversary, enrollment hit 5,200, with predictions that it would grow above 7,000 in the coming years. The college saw enrollment double in its third decade of training people for jobs in South Carolina’s northeast coastal counties.